My Superhuman Games Experience: Goal Setting & Being A First-Timer 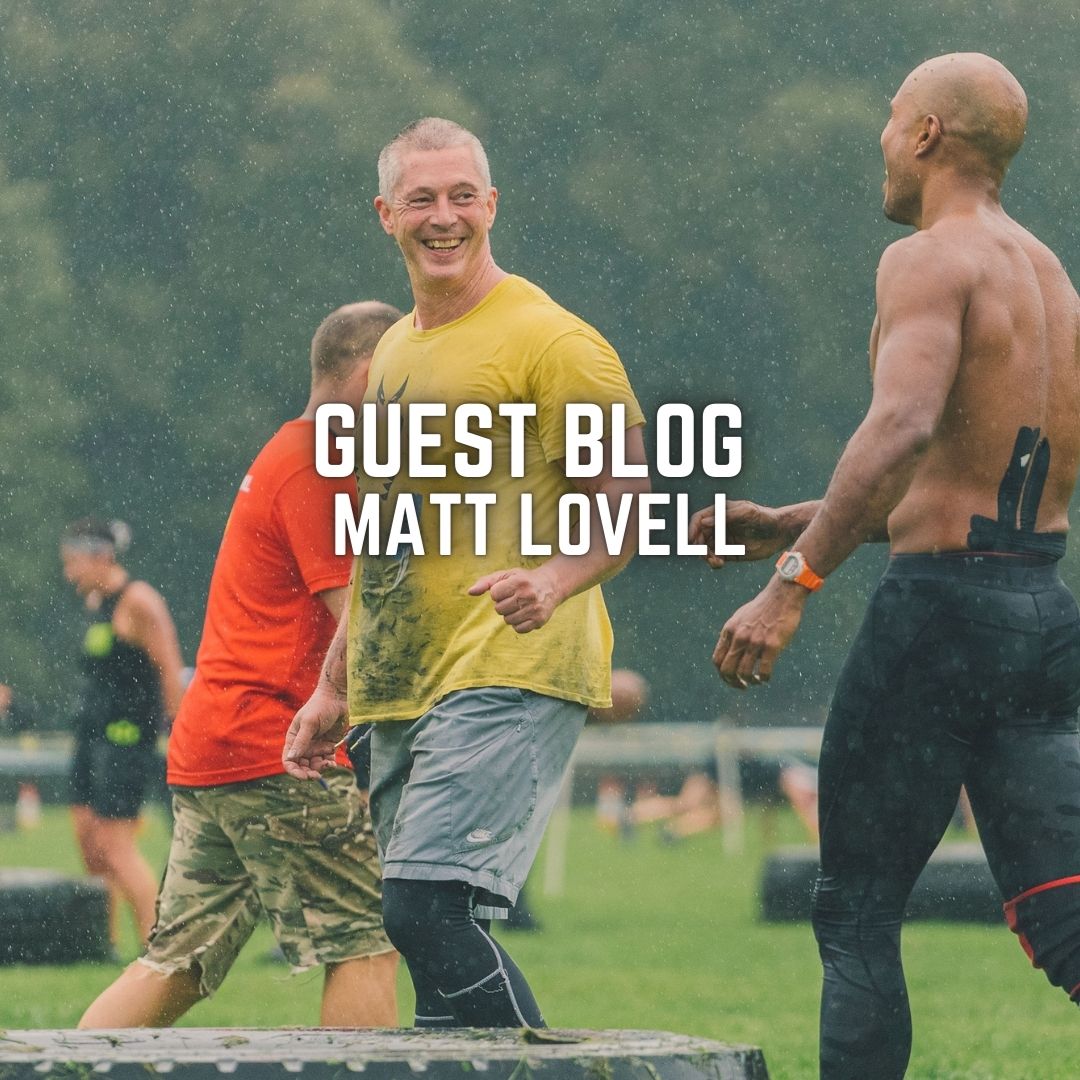 The importance of setting goals, challenging yourself and building a plan!

Giving yourself a challenge is a cool way to help stick to a plan and have fun in the process.

About 8 weeks before the event my old pal Sak Nayagam sent through the Superhuman Games proposal.

As we’re grounded this summer due to Covid, I said “yes, let’s do it”, planning a weekend away seeing a pal and doing something active seemed like an excellent idea.

I frequently advise clients to sign up to external events as it challenges to help them stick to plans and routines – mostly I’ll suggest aerobic based challenges as these tend to be lower intensity (generally speaking) and allow folks to burn off plenty of calories, and increase step count whilst preparing.

When the challenge sheet came through I was like “holy crapolla” that’s seriously outside of my current capabilities and comfort zone. I guess that’s the point though. Kind of a Peter principle kind of thing.

This worked for me as a source of external motivation. I wanted to be able to complete the tasks, and not let my friend down in the process. So, mindset “on”, planned the training and worked the plan.

My biggest fear initially was:

Can I lift the weights as listed (170kg tire flips, 55kg deadball).

Being able to do this at 50 would be cool… Training towards something out of your perceived reach puts you firmly outside of your comfort zone.

Covid year was a bit rubbish. Had long covid, out of breath walking upstairs, rattling lungs, fatigue + achiness. Trapped nerve with muscle wasting through pec and right arm – down to 2 press ups (from knocking out 40’s) etc etc. So long story short, I was building back from a low base of physical fitness.

Covid comes for the things you love or use too much…for me that was muscle function and lung function….

Running 2 miles to Thai boxing was hard at first. Had to stop a few times. By week 7 I was running there, training and running back with gas in the tank = cardio coming back.

The plan training wise was roughly as follows:

Build the running legs by running to and from Thai boxing sessions.

Doing 1 session per week just for leg strength + back protection.

As my main goals were mostly strength-related, I kept calories balanced to match training requirements.

Exactly as above but putting in a Game mimicking session once per week….

2 weeks out, I did an all-day Games mimicking session which felt pretty good. There’s no doubt that training at a high-intensity across a day, over 5 hours 30 minutes has a big depletion effect.

After this session I took a few days to recover. This was on the Wednesday, I then planned to repeat this on the Sunday before the Games weekend.

I did my usual training after the Games mimicker and then went to repeat the all-day session on the Sunday. During this session, I developed a couple of niggles (inner left thigh + hip)…

I started to question whether I might have peaked too early, this is where mindset really comes into the preparation phase for these kinds of event.

The final week is a tapering week.

You can feel more tired in these weeks because you’ve not got the training and endorphin buzz. You can feel a bit heavier during the carb loading phase, which I started from Thursday before Saturday’s event.

Each day the hip and thigh improved though – healing protocols in full effect. Doubled fish oils, increase creatine and curcumin….

My training partner Sak was also flying close to the sun. After all you have to. He’d niggled a back / hip flexor injury around 10 days out too.

Travelling down the day before, I had a 20kg bag so it helped put some load through the body up and down stairs etc.

I was gradually carbing up throughout the day as well and increased all carb sources, a few cookies etc.

We were up early to arrive early. Lombardi time is key in these situations. We arrived in good time to get a big latte + a banana bread.

The parking was 10 mins walk away from the Games so all creature comforts had to be carried down there. We had no gazebo or chairs and it was pissing down with rain.

I’d practiced 55kg deadlballs and rain or sweat makes these very hard to grip. I’d had a dream the tires would be full of water (they were).

On the day the sandbags had taken on water and were slippery. The tires look flatter and easier from a distance, how wrong we were about that one!

After warming up – I tried the mini bag. It felt super heavy. I then went to lift the tire which had sat and embedded in the mud somewhat. Couldn’t shift it.

Sak went in and lifted that bad boy. I was like "come on son! Matty boy you've got to do this".

Inspired by him I went in and wow it went up! Being in a team with one of your best pals rocks for performance! For later lifts of the tire, if you didn’t get hands totally under it, it would slip off in the rain. A lot of technique as well as brute strength was needed

Event 1 was a major PB. The closest I’d had to tire flipping was loading the landmine bar up and lifting the plates from the floor to mimick the low drive you need for the tire……

We got that done, then onto burpees + shuttles and the rower. PB’d on the rower. VO2 MAX out the way.

Then onto lunges + running and lateral walks + running. This one was more depleting on the day than it had been in training and took a lot out of upper body. Surprise Attack under the belts… onwards.

Once we had 3 events under our belts, we had 2 to go I was feeling more confident about the day. I’d practiced farmers walks and overhead carries quite a bit in training so I was least worried about this or the last event.

However, reaching down or bending was really stiff through the legs and back. Everything was tight and sore. A little bit of cramping coming on – we increased salts and hydration and kept walking about. I think laying or sitting down would have been a mistake. It was good to keep some heat and movement in the body.

Even though I was confident on the last 2 events, how wrong I was about this. I did not anticipate the level of depletion across the day.

We went in and tried picking up the 70kg sand bag. It was as you’d expect heavy and slippery. I think the earlier maximal lifting on the tires and 60kg sandbag had depleted my grip.

This unconventional beast workout consisted of 70kg sandbag carries, 40kg overhead carries and farmers walk with 40kg in each hand. Lift these 15m then run 75m.

I looked at Sak and said lets try to get 1 round in…. it’s as much as I thought we could manage. The start went off and we struggled through 5 rounds in the end.

Note to self = train grip hard next time on awkward objects.

The day was done and we got through it!